Patient continued to obtain incomplete resolution of symptoms with conventional treatment. He underwent spinal cord stimulation at an early stage but only derived moderate benefit. The presented case is unusual because of overlapping etiologies that influenced our treatment plans. In this article, we will discuss the evidence for each of the questions raised by practitioners while treating aforementioned patient with CRPS. Keywords: Complex regional pain syndrome; Cognitive behavioral therapy; Bisphosphonates; Spinal cord stimulation; Surgery.

Complex regional pain syndrome CRPS is a debilitating chronic pain condition that can develop after tissue injury surgical or traumatic or spontaneously without a specific cause. CRPS can present as localized pain associated with features of neuropathic pain burning, allodynia and hyperalgesia , and autonomic dysfunction sudomotor and motor changes , but can also spread to regions distant from the original site of injury.

The etiology of CRPS is not clear but in the pathophysiology both peripheral and central nervous systems are involved. In some cases, there is a predominance of the involvement of sympathetic nervous system. Several investigations to confirm diagnosis have been described but none are specific to CRPS.

Currently there is no definitive treatment available and research has not supported the efficacy of commonly used interventions. Therefore, CRPS remains an under-recognized and under-treated medical entity because of its unpredictable presentation. Understanding the mechanisms involved in the development of CRPS is vital to tailor a mechanism-based multi-disciplinary treatment to prevent the far reaching consequences of CRPS such as excruciating pain and associated mental illnesses.


Despite several weeks of multimodal analgesics and bed rest, his pain and disability continued to be severe. Physical examination revealed an obese male patient who arrived at the pain clinic in a wheel chair unable to ambulate for approximately 3 weeks. On inspection, his right leg was distinctly different from the left leg with marked redness and non-pitting edema Fig. Physical exam was significant for hyperalgesia and allodynia on the lateral aspect of the right foot. We noted impaired dorsiflexion of the ankle, and in particular the right great toe dorsiflexion was severely impaired.

Straight leg raise testing on the right was difficult to interpret due to severe pain. There were no visible signs of abnormality or impaired function in the contralateral extremity. Magnetic resonance imaging performed at the time of radicular pain revealed severe right neural foraminal narrowing at L5-S1 level with equivocal neural compromise.

Routine laboratory tests were essentially normal except elevation of blood glucose. A clinical diagnosis of the right L5 root irritation resulting in CRPS was made based on clinical history, physical exam and investigations. Patient was started on optimum doses of gabapentin and opioids followed by interlaminar lumbar epidural steroid injection performed under fluoroscopy that resulted in short-term significant improvement in leg pain, movements and stress levels for up to a week.

At this time, lumbar sympathetic block was performed with no clinical benefit. Although Budapest criteria [ 1 , 2 ] Table 1 have significantly improved the accuracy of clinical diagnosis, CRPS continues to fascinate and perplex physicians for several reasons: it has an unpredictable presentation, largely unclear etiology and variable treatment responsiveness. 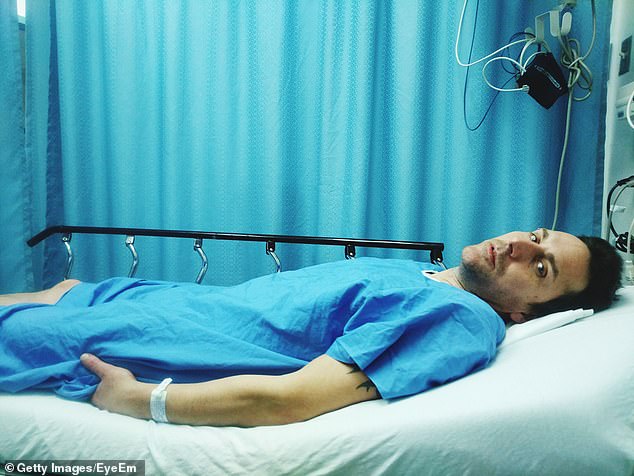 Whether the outcome is determined by the etiology is a matter of discussion and ongoing research, but current evidence points otherwise. For instance, based on MRI findings in our patient, one could assume that lumbar disc protrusion and resultant radiculitis of the L5 nerve root could explain the presentation. In conventional practice, the initial treatment is targeted at the disc protrusion and radiculitis to alleviate symptoms.

However, this case raises some important diagnostic and therapeutic questions. Based on a few published case reports, evidence reveals that extraforaminal disc herniations and disc surgeries can lead to CRPS [ 3 ]. The authors point out that the cause and effect was difficult to explain in this case and in such cases injury to nerves e. In our case, the short-term alleviation of symptoms after epidural steroid injection suggested that radiculitis was the likely cause for radicular pain that most likely resulted in CRPS symptoms, supporting a view that surgical disc decompression or foraminotomy may offer pain relief and resolution of CRPS symptoms.

However, neurosurgical evaluation revealed that surgery would aggravate CRPS symptoms and it was deemed inappropriate to pursue surgical option, a view in line with anecdotal evidence about the fear of aggravating disease process [ 5 ]. A study by Dellon et al supports the view that surgery may be beneficial in certain patients. CRPS is primarily a dysfunction of sensory and motor systems with frequent involvement of autonomic nervous system. A central lesion such as stroke can induce inflammatory changes in the periphery supported by the presence of high levels of calcitonin gene-related peptide cGRP causing neurogenic inflammation [ 7 ], and for this reason corticosteroids are sometimes used in CRPS with greater benefit.

Similarly, the shoulder-hand syndrome following stroke has been frequently described in the literature suggesting that the underlying mechanisms for pain in CRPS are related to a combination of peripheral sensitization, neurogenic inflammation, autonomic dysfunction and dysfunctional descending adrenergic inhibition [ 8 ]. In addition, alteration in the organization of the primary somatosensory cortex and disinhibition of motor cortex has also been described in the pathophysiology of pain after stroke. Complete review of CRPS secondary to stroke is outside the scope of this discussion [ 9 ].

Our patient had evidence of left temporal, left parietal lobe and left basal ganglia infarcts resulting from a stroke couple of months prior to presentation of CRPS. It is possible that CRPS presentation of our case was coincidental. Medical literature is riddled with case reports [ ] describing cases of CRPS without obvious causes, but clinical evidence and animal experiments highlight that microvascular pathology and ischemia, in a subgroup of CRPS-I patients, can initiate disease processes that can present with abnormal pain sensations [ 13 ].

Spontaneous onset of CRPS, although highly debated, has been described in the literature. In the last couple of decades, the ambiguity about the nomenclature and diagnostic criteria for CRPS has evolved and undergone several changes allowing over or under-diagnosis of CRPS by many clinicians. There are no specific tests to diagnose CPRS with certainty, although thermography, quantitative sensory testing QST , bone densitometry and response to sympathetic blocks have been used to aid clinical diagnosis.

In most clinical situations looking for a cause for the onset of CRPS can be incredibly frustrating, and in majority of the cases one may not find the cause, but nevertheless a treatment that focuses on pain relief and prevention of functional deterioration is key. In this regard, a dedicated physical therapy team can profoundly impact quality of life and functionality of many patients.

In the following paragraphs, we will review some of the important treatment considerations that are contentious and have not proven to be completely beneficial in all patients with CRPS. With a renewed interest several investigators recently have used ketamine infusion in refractory CRPS patients with variable efficacy [ 14 ].

Ketamine is known to affect central sensitization via NMDA receptor antagonism, and thereby modulate nociceptive transmission but our systematic review on this topic revealed weak evidence in CRPS [ 15 ]. We noticed a large variation in ketamine infusion regimen, duration of infusion and duration of follow-up in our analysis. The one randomized trial, albeit with methodological flaws small study, small effect size included only 19 patients. This study was prematurely terminated because non-trial higher dose of ketamine provided better pain relief [ 16 ]. In the light of weak evidence, and in particular with the recent history of cerebrovascular accident, and memory and speech deficits, we did not consider ketamine therapy.

Role of bisphosphonates in CRPS in the presence of abnormal bone scan. Demineralization process and bone pain in CRPS is a poorly understood mechanism, although activated osteoclasts have been thought to play a role in pain transduction.

An acidic environment produced by activated osteoclasts via acid sensing ion channels ASICs [ 19 ], and along with other potential mechanisms capsaicin receptors, cGRP and nerve growth factor may contribute to enhancing nociceptive transmission from the richly innervated periosteum. Intuitively, it appears that bisphosphonates by inhibiting osteoclastic activity may ameliorate pain transduction. The fact that multiple mechanisms and receptors are involved in bone formation and resorption, it is simplistic to assume that bone pain in the presence of abnormal bone scintigraphy may be eliminated by bisphosphonates alone in CPRS-I patients.