The Rose of the World


Since the end of the tribal period, the state has been of vital necessity at every historical stage. Even hierocracies, which attempted to replace it with religious rule, simply became variations of the selfsame state. The state bonded society together on the principle of coercion, and the level of moral development necessary to bond society together on some other principle was beyond reach. Of course, it has been beyond reach even until now, and the state has remained the only proven means against social chaos.

But the existence of a higher order of moral principles is now becoming evident, principles capable not only of maintaining but also of increasing social harmony.

In the name of the rose: a roadmap for rose research in the genome era | Horticulture Research

More important, methods for accelerating the internalization of such principles are now taking shape. In the political history of modern times, one can distinguish two international movements diametrically opposed to one another.


One of them aims for the hypertrophy of state power and an increase in the individual's dependence on the state. To be more exact, this movement seeks to bestow ever greater power on the person or organization in whose hands the state apparatus lies: the Party, the Army, the Leader. Fascist and national socialist states are the most obvious examples of such movements.

The other movement, which appeared at least as far back as the eighteenth century, is the humanist. Its origins and major stages are English parliamentarianism, the French Declaration of the Rights of Man, German social democracy, and in our days, the struggle for liberation from colonialism.

The long-range goal of the movement is to weaken the bonding principle of coercion in the life of the people and transform what is largely a police state defending race or class interests into a system based on overall economic equilibrium and a guarantee of individual rights. History has also witnessed examples of novel political arrangements that might appear to be hybrids of the two movements. Remaining in essence phenomena of the first type, they alter their appearance to the extent expedient for the achievement of their set goal.

This is a tactic, a deception, but nothing more. Nevertheless, despite the polarity of these movements, they are linked by one trait characteristic of the twentieth century: global ambitions. The ostensible motivation of the various twentieth century movements can be found in their political blueprints, but the underlying motivation in modern history is the instinctive pursuit of global dominion.

The most vigorous movement of the first half of this century was distinguished by its internationalist doctrines and global appeal. The Achilles heel of the movements vying with it-racism, national socialism-was their narrow nationalism, or to be more exact, the strictly racial or nationalist fences around their promised lands, the chimera of which they used to seduce and dazzle their followers.

But they too strove for world dominion, and invested colossal energy toward that end. Now American cosmopolitanism is occupied with avoiding the mistakes of its predecessors. What does that sign of the times point to?

The tempo of life is accelerating.

Monolithic states are emerging that earlier would have taken centuries to erect. Each is predatory by nature, each strives to subjugate humanity to its sole rule. The military and technological power of these states boggles the mind. They have already more than once plunged the world into war and tyranny. Where is the guarantee that they will not do so again in the future? In the end, the strongest will conquer the globe, even at the cost of turning a third of the world's surface into a moonscape. The cycle of wars will then come to an end, but only to be replaced by the greatest of evils: a single dictatorship over the surviving twothirds of the world.

At first it will perhaps be an oligarchy. But, as often happens, eventually a single Leader will emerge. The threat of a global dictatorship-this is the deadliest of all threats hanging over humanity.

Consciously or unconsciously sensing the danger, the movements belonging to the humanist mold are trying to consolidate their efforts. They prattle about cultural cooperation, wave placards about pacifism and democratic freedoms, seek illusory security in neutrality, or, frightened by their adversary's aggression, they themselves embark on the same path.

Not one of them has put forward the indisputable proposal that is capable of winning people's trust: the idea that some kind of moral supervision over the activities of the state is a vital necessity.

Certain groups, traumatized by the horrors of the world wars, are trying to unite so that in the future their political federation will encompass the entire globe. But what would that lead to? The danger of wars, it is true, would be defused, at least temporarily. But who can guarantee that such a superstate, supported by large, morally backward segments of the populace and such segments are far more numerous than one would wish and rousing in humanity dormant impulses for power and violence, will not in the end develop into a dictatorship compared to which all previous tyrannies will seem like child's play?

It is worth noting that the same religious faiths that proclaimed the internationalist ideals of brotherhood earliest are now in the rearguard of humanity's push toward global unity. It is possible to attribute this to their characteristic emphasis on the inner self and their neglect of everything external, including sociopolitical issues. But if one delves deeper, if one says out loud for all to hear what is usually discussed only in certain small circles of people who lead a deeply spiritual life, then something not everyone takes into consideration is uncovered.

That something is a mystical fear, originating during the age of the Roman Empire, of the future unification of the world. It is the indefatigable concern for the welfare of humanity felt by those who sense that in a single universal state lies a pitfall that will inevitably lead to an absolute dictatorship and the rule of the "prince of darkness," the result of which will be the final paroxysms and catastrophic end of history. In actual fact, who can guarantee that a strong-willed egoist will not assume leadership of the superstate and, further, that science will not serve such a leader truthfully and faithfully as a means for turning the superstate into that exact kind of monstrous mechanism of violence and spiritual disfigurement I have been talking about?

There is little doubt that theoretical models for blanket surveillance of people's behavior and thoughts are being developed at this very moment. What are the limits of the nightmarish scenarios that are conjured in our imagination as a result of the merger of a dictatorship of terror and twenty-first century technology? Such a tyranny would be all the more absolute because even the last, tragic means of casting it off would be closed-its overthrow from without by war.

With every nation under one rule, there would be no one to war against. Global unity-the dream of so many generations, the cause of so many sacrifices-would then reveal its demonic side: the impossibility of escape if the servants of the dark forces were to seize control of the world government. Bitter experience has already led humanity to the conviction that neither those socioeconomic movements guided solely by reason nor scientific progress in itself are capable of guiding humanity between the Charybdis of dictatorship and the Scylla of world war.

On the contrary, new socioeconomic systems, in coming to power, themselves adopt the practices of political despotism and become the sowers and instigators of world war. Science becomes their lackey, far more obedient and reliable than the church was for the feudal barons. The root of the tragedy lies in the fact that the scientific professions were not from the very beginning coupled with a deeply formulated moral education. Regardless of their level of moral development, everyone is admitted into those professions.

It should come as no surprise today that one side of every scientific and technical advance goes against the genuine interests of humanity. The internal combustion engine, radio, aviation, atomic energy — they all strike the bare flesh of the world's people with one end, while advances in communications and technology enable police states to establish surveillance over the private life and thoughts of each person, thus laying an iron foundation for life-sucking dictatorial states.

So, lessons drawn from history should lead humanity to realize that the dangers will not be averted and social harmony will not be achieved by scientific and technological progress alone. Nor shall it be accomplished by the hypertrophy of the state, by the dictatorship of a "strong leader," or by social democratic administrations that get buffeted by the winds of history, first right, then left, from inept starry-eyed idealism to revolutionary extremism.

We must, rather, recognize the absolute necessity of the one and only path: the establishment, over a global federation of states, of an unsullied, incorruptible, highly respected body, a moral body standing outside of and above the state. For the state is, by its very nature, amoral.

What idea, what teaching will aid in the creation of such a supervisory body? What minds will formulate its guiding principles and make it acceptable to the overwhelming majority of people? By what paths will such a body-a body foreswearing the use of force-arrive at worldwide recognition, at a position even higher than a federation of states? If it can in fact introduce into leadership the policy of gradually replacing coercion with something else, then what would that something else be?

And in what manner would it be introduced? And what doctrine would be able to solve the incredibly complex problems that will arise in connection with all that? The present book attempts to give, to some extent, an answer to the above questions although it shall also deal with wider issues. As a prologue to answering them, however, it is best to first clearly identify what this teaching sees as the irreconcilable enemy against which it is directed.

From the historical point of view, it sees its enemies in all states, parties, or doctrines that strive to enslave others and to establish any form of despotic political regime. 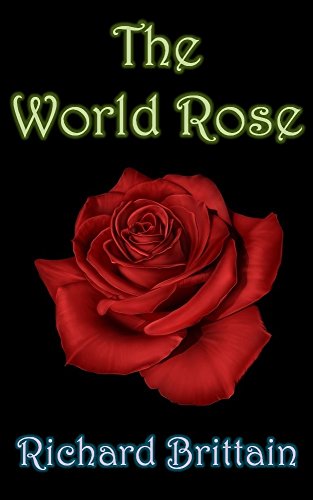